Let us preface this by saying we don’t endorse the act of bee venom therapy because it kills the bees in return, but we want to explain these crazy cures so people are aware and educated about them!

At one point or another, we have all heard of someone using a strange remedy of some sort. There are stories of people using snake oil to cure arthritis, cocaine used as a topical anesthetic, heroin to cure a cough – you name it! These are all real things that people used to treat their illness or pain, but the question is – do these peculiar remedies really work?

As interesting as it would be to dive into the benefits of snake oil and cocaine as remedies, we are going to stick to the topic of honey bees since that is what we do best! Apitherapy is the term that we are going to be exploring, which is the practice of using bee products such as honey, pollen, propolis, royal jelly, and bee venom for disease prevention and other treatment purposes.

We have discussed how honey can be beneficial and all of its antioxidant properties, so we won’t be focusing on that! Instead, we are going to focus more on the weird remedies that people seek out such as bee venom to treat multiple sclerosis, arthritis, and other infections, plus its use in some beauty hacks.

Using bee venom is more commonly known as bee sting therapy or bee venom therapy. It is used as an anti-inflammatory and pain-relieving technique. There has not been enough scientific evidence to prove that bee sting therapy is effective other than self reports from people who have participated in it. The process of bee sting therapy will typically be done by a nurse, bee sting practitioner, naturopaths, acupuncturists, or even some beekeepers. These individuals will take the bees and stick their stinger into the injured/ill individual using tweezers. The stinger can be left in the individual for up to 15 minutes and a person will undergo 20 to 40 stings each session, with up to three sessions a week.

For those of you who are not familiar, multiple sclerosis, commonly referred to as MS, is a disease that impacts the brain and spinal cord – essentially affecting everything we do. It is a debilitating disease, and there is no cure. As of now, doctors treat this disease by slowing down attacks which ultimately slows down the progression of the disease and managing it – not getting rid of it.

As you can imagine, MS is brutal for the individual and their loved ones, and most people would do anything they can in order to relieve their pain or find a potential cure. For some people, they turn to apitherapy. In this instance, apitherapy refers to bee venom therapy which is exactly what it sounds like. It is the same act of getting stung by bees in a controlled setting as mentioned earlier.

For people with MS, their main goal with bee sting therapy is to get some sense of life back. They want to reduce fatigue and spasticity and other symptoms that occur with MS; however, there is no real scientific evidence that proves bee venom therapy helps patients with MS.

Up to 10,000 individuals with MS today have sought out bee venom therapy or bee venom therapy by injectable solution, and those numbers are rapidly increasing. An important part to note in all of this is that MS is commonly known for its mysterious waning and waxing of its symptoms, and that is likely why many people may say they found relief in these treatments.

Arthritis is probably the most common reason for using bee venom therapy today. To understand why people use this as a treatment for arthritis, let’s first understand what the true definition of arthritis is. Arthritis is the swelling, inflammation, and tenderness of the joints. Some symptoms that occur with this are joint pain and stiffness. The key word here is inflammation – we know from some of our previous blogs that bee venom does have anti-inflammatory properties, making bee stings a very sought after practice for arthritis.

Unlike the lack of scientific evidence from MS, there was a study reported in the Journal of Ethnopharmacology where researchers found that injections of bee venom can prevent the development of arthritis in rabbits. Although this was not a study on humans, it is still a bigger step in scientific research compared to the research found in MS illnesses.

We have to say – this is by far the most extreme and unnecessary use of bee venom therapy, but let’s explore it! In this day and age, the beauty industry is huge. Tight skin, less wrinkles, fewer dark spots; people are constantly told they need to change the way they look. With such a high demand for beauty perfection, people will go to great lengths to get that picture perfect skin – especially if they have the money for it!

One big time actress we all know, Gwyneth Paltrow, has openly discussed her experience with bee sting facial treatments. She explained to New York Times that she uses bee venom treatment specifically to reduce skin inflammation and skin scarring. In response, dermatologist Gary Goldenberg, MD, responded, “I do not recommend bee stings as anti-inflammatory agents to patients” and “bee stings should be avoided, not used as treatment.”

Using bee venom therapy to treat imperfections, illnesses, or arthritis might seem to create results. But, whether people believe that or not, there just is not enough research out there to prove that it is beneficial! So, stick to reliable medicine and remedies, and leave the bees in peace! 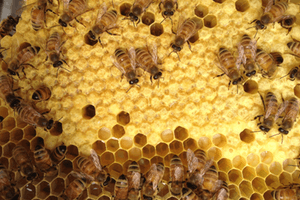